hello i’m currently testing CS on was happy that it has a bandwidth limitation option.
i set it for ODB and Gsuite account but it was totally ignoring it.
i’m attaching screens 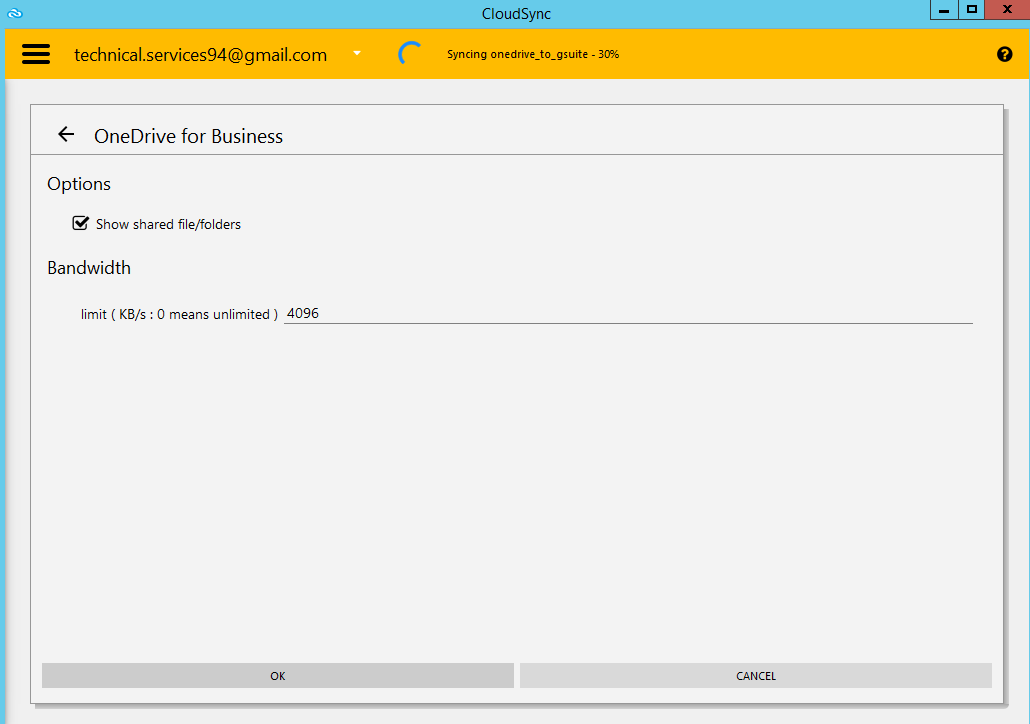 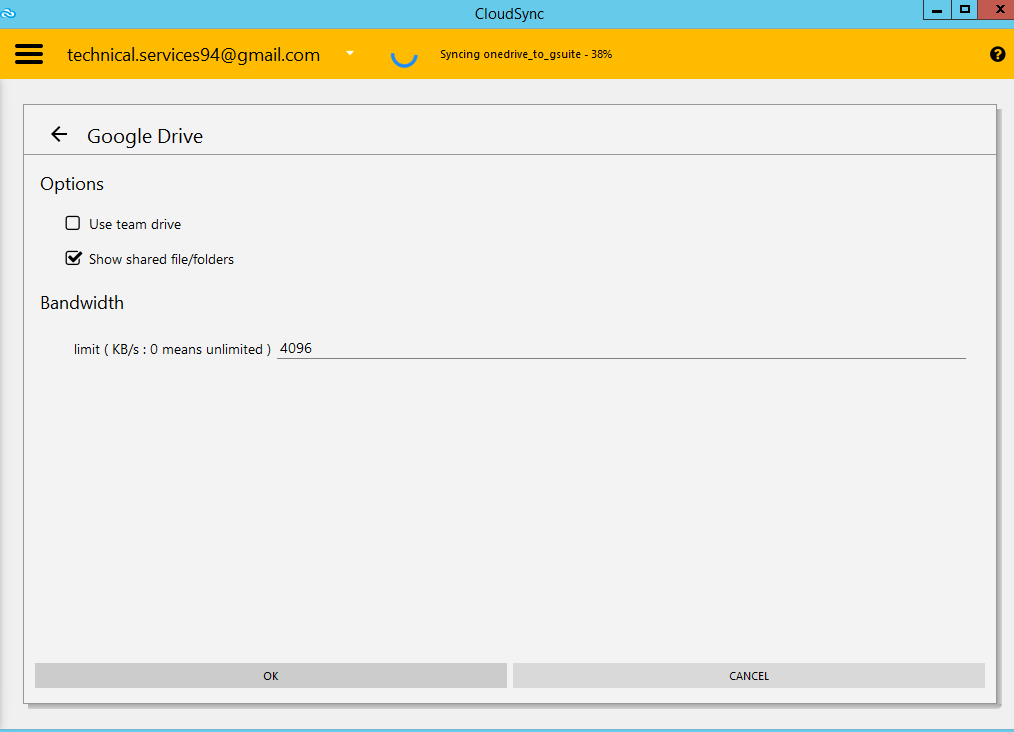 Posted before, but no reply.

So I got cloudsync going attempting to sync content between two google team drive accounts. The fun thing about google team drive is it has bandwidth limits on how much you can transfer. So what I did was set a bandwidth limit so it gets locked around 8megs a second which results in me not hitting the daily cap. Cloudsync completely ignores the bandwidth limit I set and decides to take the full speed which doesn’t add up. I’m assuming something is broken with the limiter at this point .

saw it but want to get it sure and clarified before buying.
cause with no configureable speed limit you literally run into your Gapi limit much faster.

This topic was automatically closed 7 days after the last reply. New replies are no longer allowed.